The 16 days of Activism of no violence against Women and Children was commemorated from 25 November 2016 – 10 December 2016 . Both the public and private sectors all over the world joined forces to raise awareness in the fight to end abuse and violation of women and children’s rights. This initiative was established in 1991 at Rugters, The State University of New Jersey by the first Women’s Global Leadership Institute which was held by the Center for Women’s Global Leadership (CWGL)

Furthermore, 25 years down the line women and children are still experiencing abuse. Sonke Gender Justice is a network that operates across Africa to prevent domestic violence and rape as well as to reduce the spread and impact of HIV and AIDS.

The organisation has joined hands with human rights activists around the world to condemn the abuse of women and children in society, with the opinion that the gesture should not only be during the 16 days but be an everyday awareness.

The 16 days of Activism for No Violence Against Women And Children was established in 1991. 25 years later, where are we in terms of ensuring that we live in an abuse-free society?

16 Days of Activism has helped to raise awareness around the urgent need to address the shocking levels of Gender Based Violence – however more needs to be done. We need action.

We need government to adopt and implement a National Strategic Plan on gender-based violence (GBV), but until then to also implement current policies and increase resources for GBV, for both prevention and services. For example:

The Integrated Programme of Action for Violence against Women and Children isn’t being implemented at all (as far as civil society is aware of) – we need this to be implemented.

The Thuthuzela Care Centre (TCC) model needs to be strengthened. The idea of One Stop Centre is great, but these are largely under-resourced, under-staffed and collaboration between stakeholders within the TCCs (particularly between government and NGOs) tends to be insufficient.

The campaign has drawn to a conclusion, what is your next step as Sonke Gender Justice? How do you keep ensuring that you keep reiterating the message throughout?

Sonke Gender Justice was founded in 2006 when we committed to working with men and women, girls and boys to achieve gender equality, eliminate gender-based violence and reduce the incidence and impact of HIV and AIDS. We believe men and women can work together to achieve gender transformation. We are committed to these goals 365 days of the year, not just during 16 days of Activism. Levels of gender-based violence remain extraordinarily high and awareness-raising is not enough. We need to urge government and communities to take action – in particular we are calling for a comprehensive response to GBV in the form of a National Strategic Plan.

As an organisation, what are some of the challenges you face? Are you getting enough support from both the public and private sectors?

The main challenge we are currently facing is the lack of political will. Gender-based violence (GBV) is not a government priority despite President Zuma saying as much at the start of 16 Days of Activism each year. Departments are passing the buck by shifting the responsibility of GBV onto other departments. Without clear instructions and mandates, it is difficult to hold certain departments accountable. GBV costs our economy a (conservative) estimate of R42 billion per year. This translates to almost 1.5% of our GDP. And yet government is not providing adequate financial resources to this epidemic. The private sector also have a social responsibility to contribute towards services – both prevention and response. 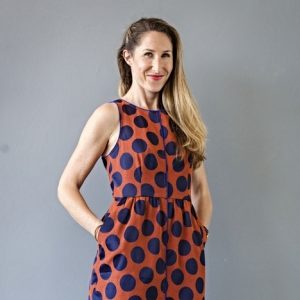 How would you like to be assisted in making sure you defeat this socio-economic factor?

We are calling for a National Strategic Plan on Gender-Based Violence (NSPGBV). An NSPGBV will create a roadmap.  It will align the country around a set of clear strategic priorities and create an accountability mechanism for the performance of government, the private sector and civil organisations, in addressing GBV. Other key advantages to implementing an NSP are the following: first, an NSP requires a concerted involvement of the local community and civil society, which often serves to put pressure on the government to act and ensures that the voices of those directly/indirectly affected by the issue are taken into account; second, an NSP includes specific goals and timelines for their achievement; and third, an NSP provides a financial and budgetary outline, which ensures its effective and realistic implementation. The hope is that an NSP can overcome some of the challenges that face the execution of current legislation and policies dealing with GBV, by garnering political will and sufficient resources.

Sakhumnotho Media salutes and supports organisations like Sonke Gender Justice and many others over the world that continue to run with the baton despite the end of this year’s 16 days of Activism for No Violence Against Women And Children Campaign and believes that as society we should join hands in order to create a pleasant environment for everyone.

Sakhumnotho Media onboard the Rea Vaya